The shikoku is a medium sized dog with well balanced and well developed clean muscles. The muscles should be clearly visible, overweight is not prefered. It is an active breed with working capacities and active lifestyle which should be visible in an atletic build. It should have pricked ears, slightly pointed forward and an curled tail.

There are 3 recognized coat colors:
Red (Aka) A mainly red coat with minimal black hairs
Sesame (Goma) A mixture of red and black
Black and Tan (Kuro) A black base with some red and white

White/cream (Shiro) may also occure, but not prefered and not recognized 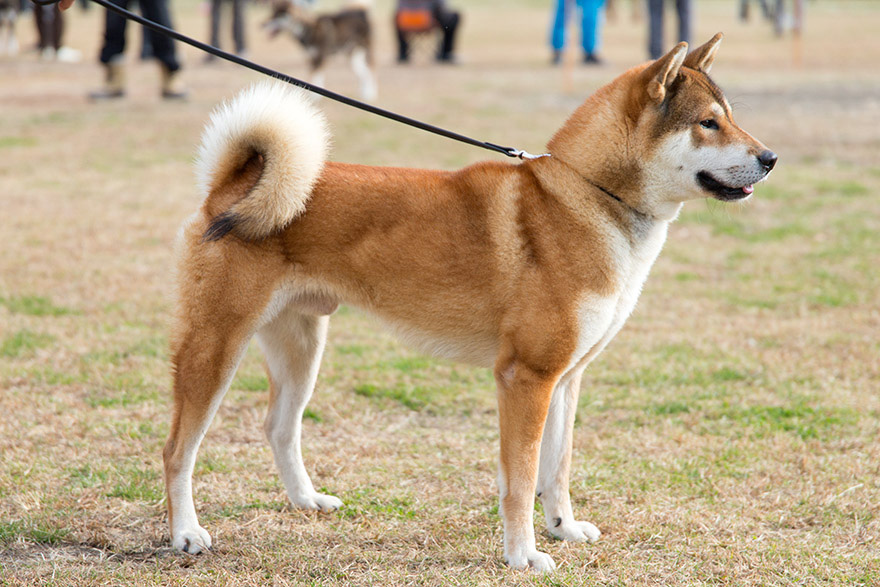 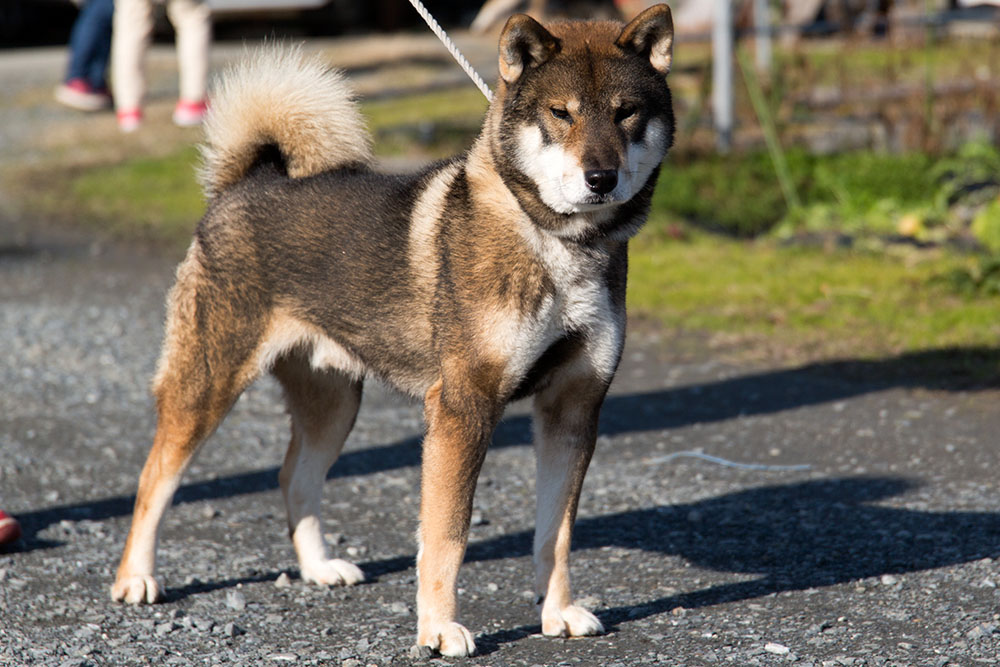 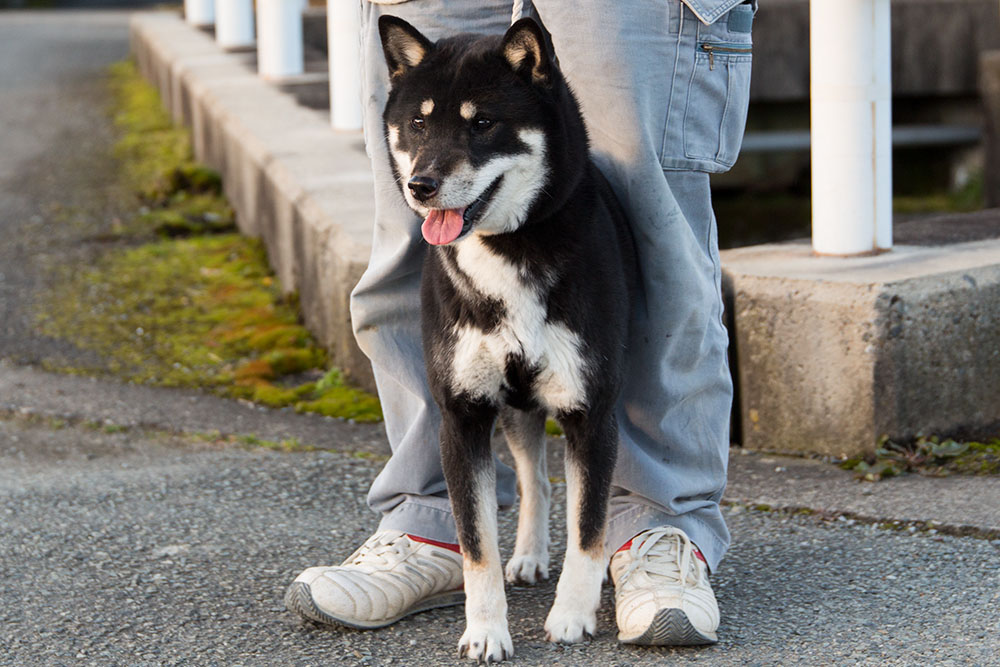 A black base with some red and white 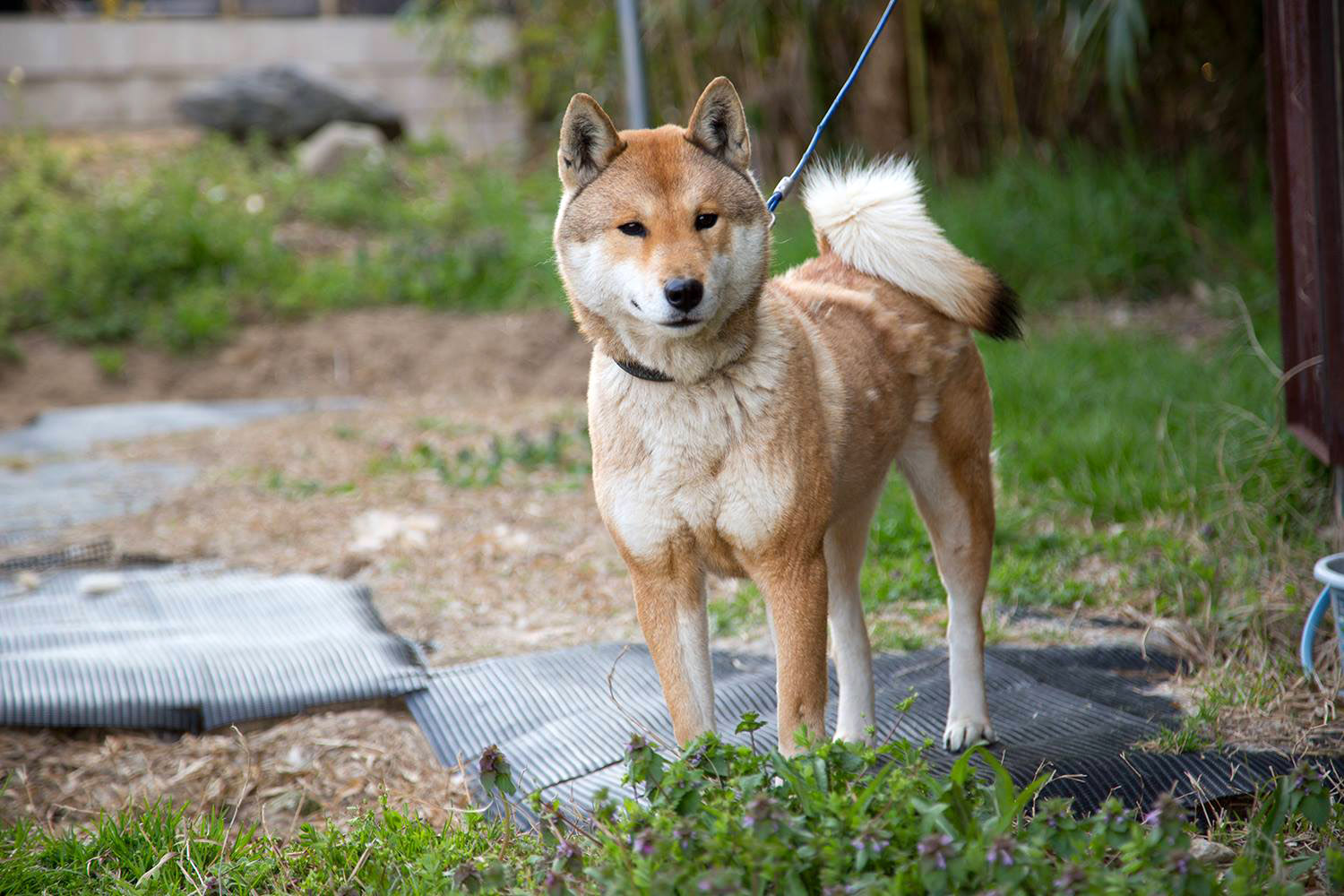 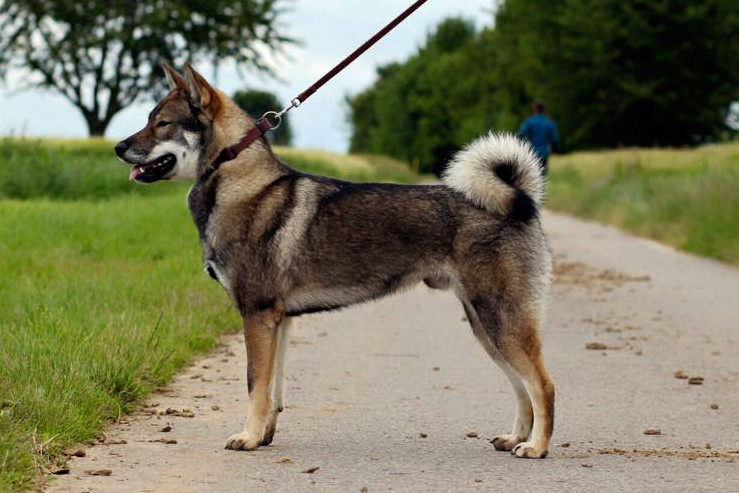 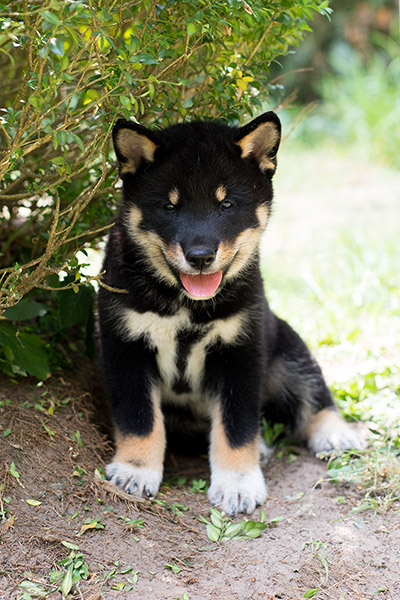 Errors in the FCI standard*

Until 2017 the black and tan color was not recognized by the FCI in Europe due a translation error in the standard. This color is recognized in the country of origin Japan by the Japanese kennel club. In the European standard the colors were explained as followed:

This explenation makes no sense. If you look at Sesame for an example it says “Equal mixture of white and black hairs”. With this explenation you would get a gray Shikoku, which is not correct. The same counts for the black sesame color. Since 2012 we’re currently doing everything we can to change the breed standard into a correct one and we hope that FCI will add the black and tan to the standard as well. 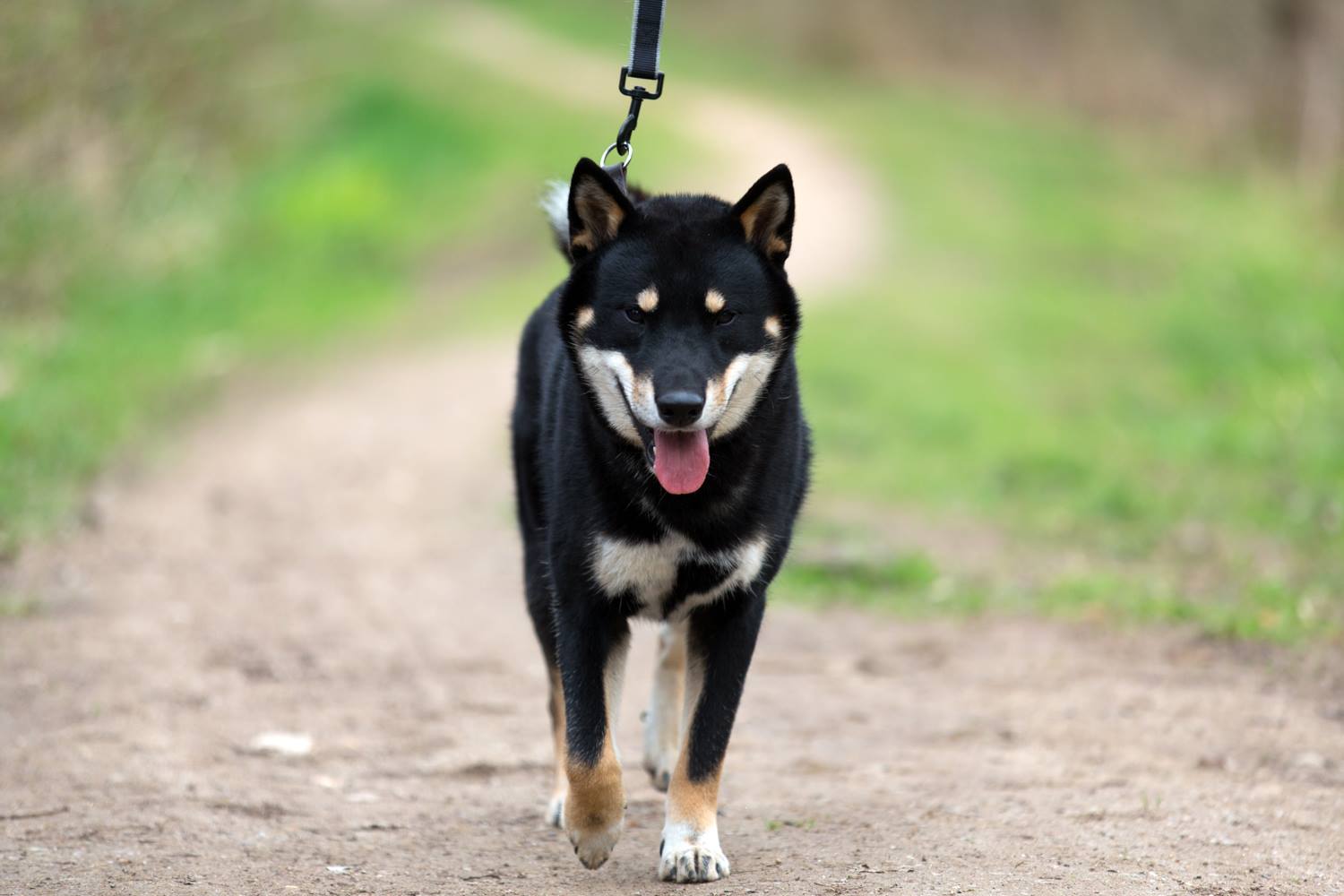 Originally there were four different Shikoku ken lines, who originated from 4 different and remote areas from Shikoku Island. However two of those lines are mixed together and one disappeared as a result of the hardships caused by World War II and a lack of quality specimens due to cross breeding with outside dogs. So now there are two different shikoku ken lines with both their own characteristics. Most shikokus are a mix from the 2 lines, but in some dogs the Hongawa line is more presented and in other dogs the Hata line is more presented. 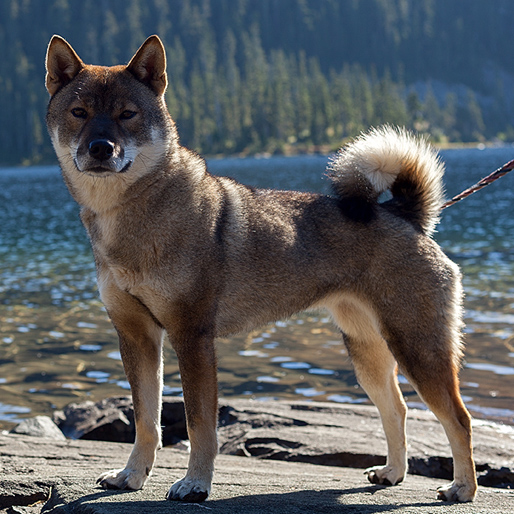 The Hongawa line is from the area around Hongawa Village. Here are some of this line’s traits. 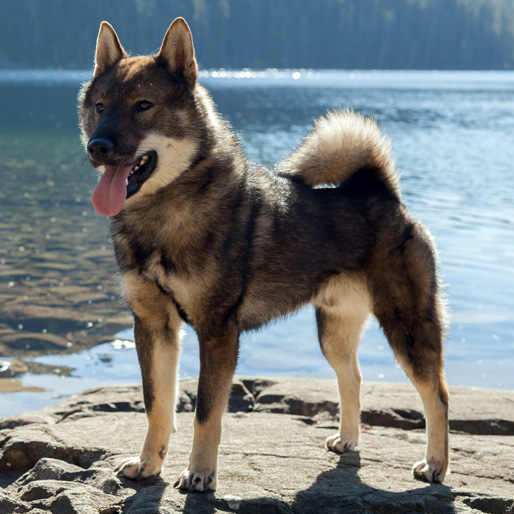 The Hata line is originally from the south eastern part of Shikoku island. Here are some of this line’s traits.

All Shikoku should have ‘urajiro’ markings which are markings of a white or cream color presented on the ventral portions of the body and legs, as well as on the cheeks and muzzle. A black and Tan shikoku needs to have ‘yotsume’ (four eye), which is a marking of a small white dot above the eye. 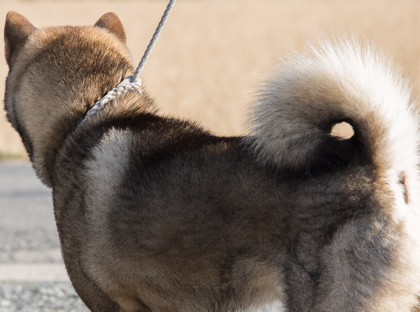 What a lot of people don’t know here in the west and it’s not clearly written in details in the standard, is the Shikoku tail. The preferred Shikoku tail has a looktrough hole in the center and the tip should not point upwards.

The information above is all about the show-type Shikoku ken. But, in Japan, there are still some breeders that breeds the working-type Shikoku ken. The interesting part is that they originally came from the same gene pool as the show-type. They’re selected on their hunting abilities, not on coat color or beauty. This results in dogs that looks totally different from the show-types. Lots of them have no proper urajiro, their coat’s are different in coloration, their tails are not as nice curled like the show-type. But… they are excellent hunting dogs.