of the Shikoku dog (四国犬) 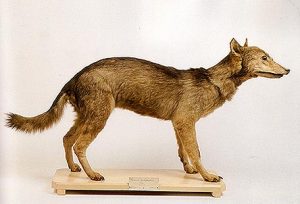 The Shikoku is the rarest and most primitive of the japanese breeds. It resembles a wolf, and legend has it that the breed has some wolf blood. This belief probably arose mainly from the dog’s appearance, and from the fact that the wolf is thought to have survived longer on the island of Shikoku (the place of this dog’s origin) than elsewhere in Japan.

The Shikoku does look fierce, almost wild. Its stride is smooth and swift like a wolf, and it’s superb ability to leap makes it well suited to running through mountains and hills. It was protected and preserved for its skills in hunting (mainly wild boar) in the mountains and hills of the Shikoku Mountains in Kochi Prefecture. Shikoku Island is the smallest of Japans’s four main islands, located southwest of the main island of Honshu. Present day Shikoku is made up of four prefectures, Ehime, Kagawa, Kōchi, and Tokushima. 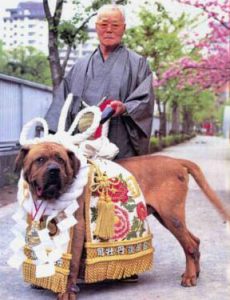 The breed is also known as the Kochi inu, and was called Tosa inu in ancient times, but today it is called Shikoku ken to avoid confusion with another japanese breed, the Tosa fighting dog. The Shikoku is thought to have been one of the dogs used as a basic for the Tosa fighting dog, but its physical build is completely different from that of the Tosa as you can see on the photo on the right. 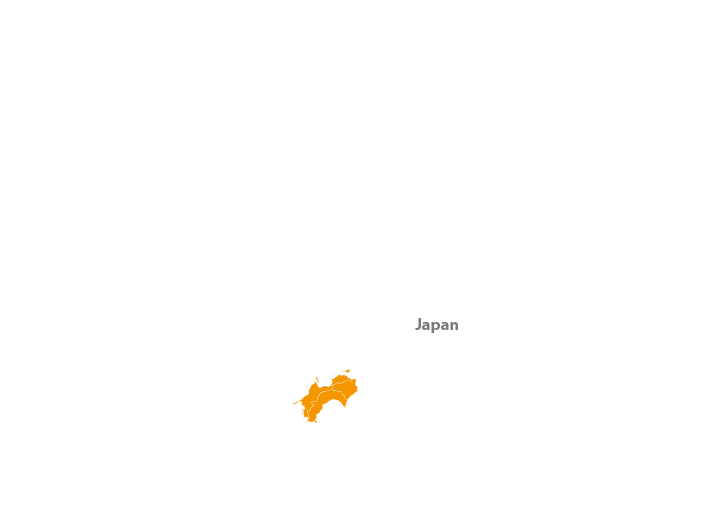 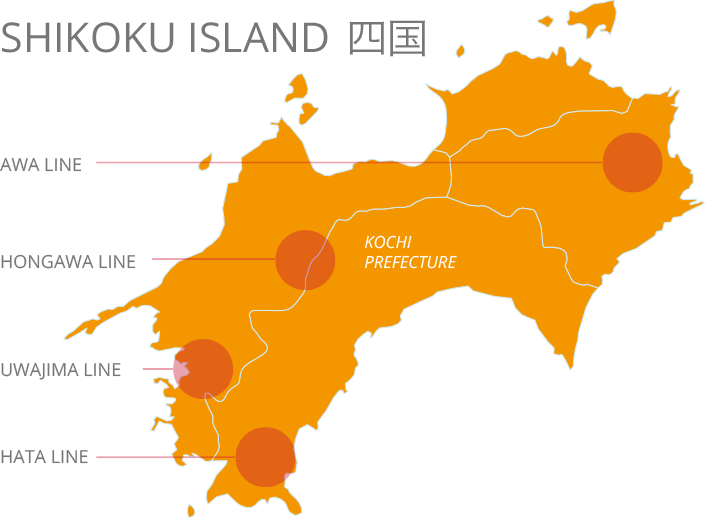 In the past, Shikoku lived with MATAGI (マタギ), or hunters, in parts of western and northern Shikoku (see image below). These are the areas of steep mountains ranges and difficult to access, which limited interbreeding between these different location, with the result that the breed became divided into several lineages.

At the time of the classification of the Shikoku as a breed, there were several ‘types’ from different regions on the island. The original lines of Shikoku were the Awa, Hongawa, Hata, and Uwajima (all named after the areas they originated from within Kochi prefecture). The Uwajima and and Hata were virtually indistinguishable and so from early on were lumped together as Hata. The Awa line essentially disappeared as a result of the hardships caused by World War II and a lack of quality specimens due to cross breeding with outside dogs. Leaving the Hongawa and Hata lines as the 2 bloodlines that make up the modern day Shikoku.

Each of these strains originally had distinctive features in terms of physical build, which probably arose in response to the region’s different topographies (read more about this at the appearance page). Rugged terrain made many parts of Shikoku very difficult of access, resulting in the breed’s having a high degree of purity. The fact that the bloodlines of these dogs could be traced historically through generations after generation led Nippo to make the Shikoku the basis for its Standard for all the Japanese breeds. The Shikoku is energetic and highly alert and requires hard outdoor exercise. It is capable of forming a close bond with its owner, provided that the owner is experienced at handling dogs. It’s nature is to be loyal, independent,standoffish, and reserved. The coat of the Shikoku is double. The colour is usually sesame, or sometimes red, and very occasionally black and tan. The Shikoku was designated a Protected Species in 1937. It is almost unknown outside Japan. 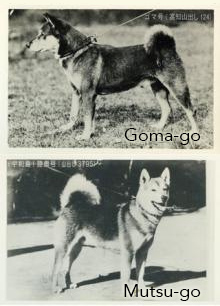