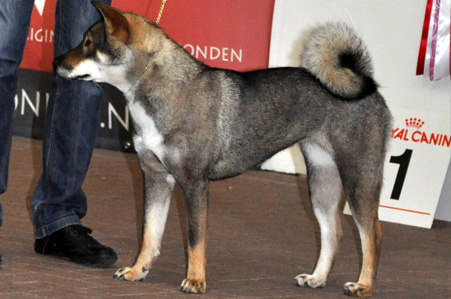 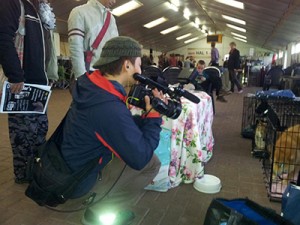 Saturday the 1st of December we went to the NIPPON INU club match. And just when we wanted to enter the building of the show, we ran into a Japanese TV crew. They asked us right away about what breed we have with us. Once we said they are Shikoku Ken they where like “oh my god! Shikoku Ken” (something like that but in Japanese 😉 ). So they grabed their camera’s and filmed our two sweet hearts. Fun!


Update: The recordings will be broadcasted during a 2 hours special on 21st of July 2013. The tv show is about Japanese culture in foreign countries. We hope they will use the recordings of Sumi and Shousei.

Back to the NIPPON INU club match. Since the Shikoku ken not yet belongs to the club (they will be soon) we couldn’t show our Shikoku’s. So instead they asked the judge (Tiny Hensema) to tell something about the breed, We entered the ring and Tiny gave a presentation about our breed. Thank you Tiny, you did a fantastic job!